David and Lisa Koch in Concert

Wacky Seattle singer/comedian Lisa Koch and her talented musician/actor brother David return to their hometown for a night of demented songs and stellar harmonies.  They will be joined by the Dal Carver Trio, and other musical pals.

Picture Tina Fey meets Bette Midler with Joan Jett guitar chops… and you’ve got Seattle’s Lisa Koch. An irreverent singer/comedian, Koch has recorded 4 solo CD’s, is one-half of quirky sketch comedy duo, Dos Fallopia, and has shared the stage with the likes of Janis Ian, Lily Tomlin, The Indigo Girls and Kate Clinton.  Lisa has co-written such warped cabaret shows as “The Carpeters: Uncomfortably Close To You” (with brother David), “Deja Poo” and “Ham for the Holidays:  Close Encounters of the Pork Rind”. She has appeared in two one-woman shows at Oregon Cabaret Theatre, composed Off-Broadway musical “27, Rue de Fleurus”, appeared on LOGO, and actually had one of her songs sampled by Jay-Z. 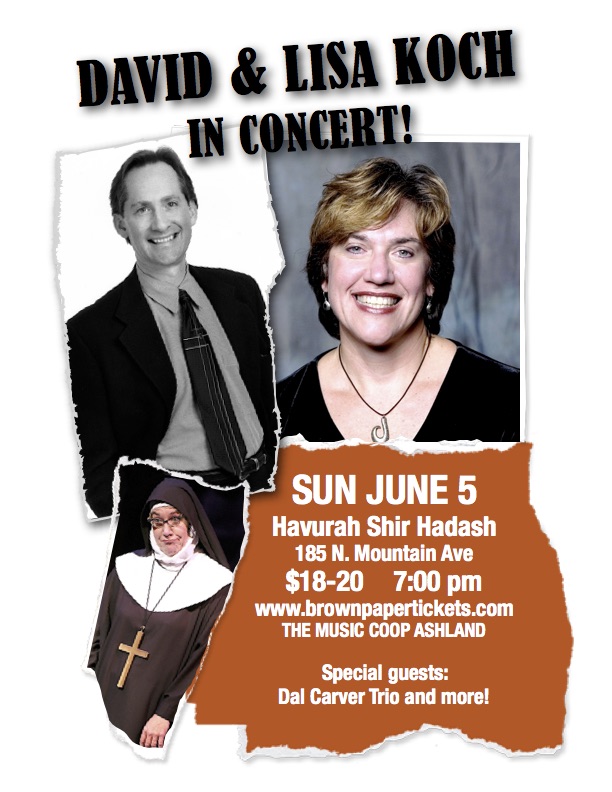