All Paths, One Prayer for Standing Rock

From Stranding Rock to Jerusalem: Fundraiser as the Havurah
On October 29 at the Havurah raises $6,400

Rabbi David and Ojibwe teacher Dan Wahpepah, organized an interfaith (Jewish and Native American) fundraiser for the Standing Rock Sioux. Reb David’s spoke about how Jews understand the plight of Native Americans from direct experience: being expelled from our land, having our sacred sites desecrated, having our language and culture forbidden, and being placed in reservations the Europeans called ghettos. Reb David made a direct link between Zionism and Israel today to the efforts of Native Americans to preserve their lands and culture against adversaries.

The fundraiser brought in $6,400 for the Standing Rock Sioux for both legal defense and supplies for the people staying the winter in North Dakoka who are protesting the desecration of sacred lands and potential environmental damage by the Dakota Access Pipeline. Just as important Reb David believes that the effort of the Havurah in hosting this event will dispel some of the anti-Semitism disguised as anti-Zionism among some of the 250 people who attended the event.

The evening was filled with Lakota, Ojibwe, and Hebrew chanting. To open up the evening Reb David held the Torah scroll and chanted the hatzi-kaddish while Cyrise Beatty-Schachter offered a beautiful translation. Cyrise chanted a powerful song about Miriam and water. The speakers included young Navajo, Lakota, and Standing Rock Sioux women.

October 29, 2016 for All Paths, One Prayer for Standing Rock at the Havurah

שלום עליכם ,Shalom Alaykhem
Millions of Jewish people and citizens of the nation of Israel stand yakhdav, one in purpose,” with us this evening and with the Standing Rock Sioux“ ,יחדיו as protectors of the earth, the sacred lands of the tribes, the מים חיים mayim chayim, what the Lakota call mni wic’oni, the living waters nourish us all. We stand with the Standing Rock Sioux as the defenders of treaties made with Native American tribes, and we stand against the abuse of the laws of eminent domain by local governments, developers, oil, and energy companies.

We stand with Native Americans because as Jews we see our plight in their plight. The Jewish people have been maligned for thousands of years, exiled from our homeland, harassed wherever we lived, placed in reservations the Europeans called “ghettos”. How can we not see ourselves in the struggles of Native Americans that continue to this day?

Dozens of Native American tribes were entirely wiped out by genocidal mass murders as the Europeans thought they could conquer land. Millions were killed, religious practices, native languages, and sacred garments were outlawed. How can we not see ourselves in you after the Holocaust in World War II when one third of our people, 6 million Jewish men, women, and children were slaughtered and burned in the ovens of Poland and Germany.

Yet, I have to confess something to you that I know you’ll understand. Throughout Jewish history, the brutal conquerors of our Holy Land were not only impelled by their own evil, but were empowered by the weakness of the Jewish people because we were busy fighting and squabbling among ourselves. Here, on the walls of this sanctuary, are paintings of the flags and emblems of 12 tribes of Israel. Today, only the tribe of Judah remains, whose emblem is the wolf. Why? External conquest, to be sure, decimated our tribes. But it was inter- tribal fighting that weakened us and made us vulnerable to outside conquerors.

When I heard that 60 American Indian tribes had come together in solidarity with each other in standing in support of the Standing Rock Sioux, I knew that the Native American prophecies of unity and peace between the tribes were coming true, and they mirror the prophecies of the Jewish nation of a world at peace where each person is free to live under his and her own “vine and fig tree.” How can we fail to see ourselves in each other? I pray that the coming together of Native American tribes today will be an inspiration to Jews and Israelis, who have returned to our ancient homeland, to remain in unity.

Just last week the United Nations agency called UNESCO passed a resolution denying the historical Jewish connection to our holy sites in Jerusalem. I know that Native Americans know exactly what this feels like. It’s unacceptable, but just as unacceptable is for us not to stand together with each other, and with the Standing Rock Sioux. We all know what our enemies do – they divide us, and then they conquer us. Let’s not help them by dividing ourselves.

Many of you, I know, have heard the slander against Israel that continues to this day even in Ashland, that the Jews are really white European colonialists who taken over the indigenous land of the Palestinians. Truth however is always

Political truth may be complex, but standing together behind the Standing Rock ,הבורא ,Sioux is really simple. It is a fulfillment of prophecy; the will of HaBoray

the Creator. It is a protection of the land not just for the Sioux, but for all Americans. It is a protection of the water not just for ourselves but for our children, dor l’dor, דור לדור generation to generation. And it is the Red Road throughout the United States that is transforming the consciousness of those of us in mainstream religions to realize our connection to all our relations, and that the earth is a living system. Native Americans have reminded us that the term “Mother Earth” is not just a quaint figure of speech, but rather a profound reality. The spiritual wisdom of Native Americans have slowly been transforming the way that people see the creation and the planet. For this we are profoundly grateful.

The mitzvah, bal tashkhit, בל תשחית, in the Torah is very clear that we cannot destroy anything on the earth, not even a single fruit tree in a time of war. How much more so are we commaded not to destroy in normal times? We are also ואהבת,obligated to fulfill the commandment, v’ahavta l’rayakha kamocha to love our neighbors as ourselves, and to treat our neighbors as ,לרעך כמוך we want to be treated. How would any of us feel if, God forbid, a pipeline, a highway, or any development could “legally” desecrate the sacred cemeteries of our own mothers or fathers?

On a spiritual level something big is happening in North Dakota. It is about one tribe, but it impacts all tribes. It is about Native Americans but it impacts Americans from all religions and cultures. It is about the environment and land- use, but it’s also about the way we see the entire planet. Gaia is a living system, and She is our mother. May HaBoray הבורא, the Creator, bless us to have the courage to stand yakhdav, יחדיו, “one in purpose” with each other.

In the spiritual world we already succeeded, the Dakota Access Pipeline has been transformed into the Pipeline of Higher Consciousness. Our job is to keep praying, write to our Congress people, have more sit-ins, teach-ins, pray-ins, and gatherings like this, and to donate much-needed funds for both legal defense of the protectors, and for survival support of those who remain in North Dakota for the winter. Shalom!

CLICK HERE for a downloadable PDF of Rabbi David’s talk. 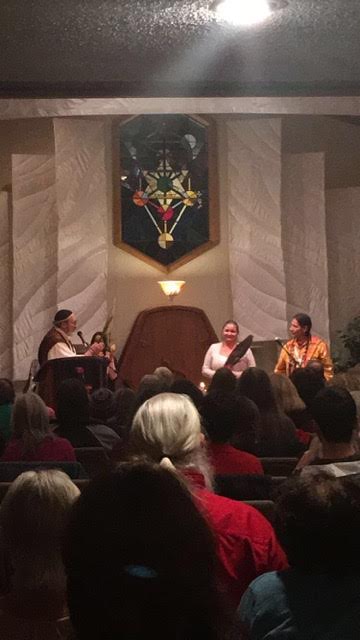 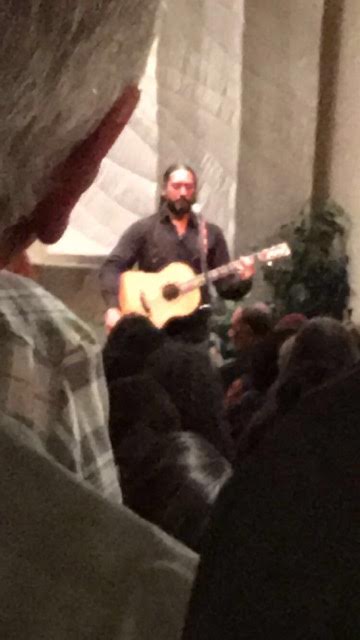 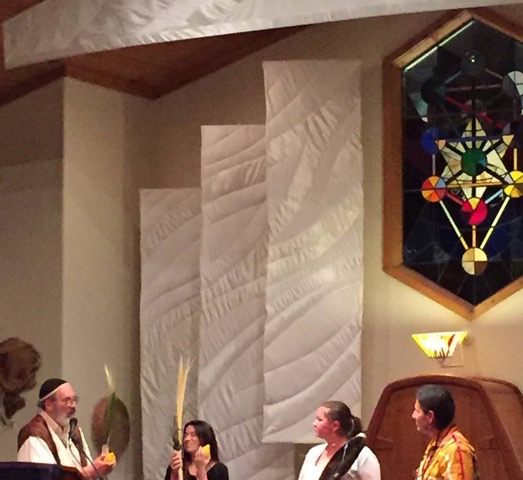 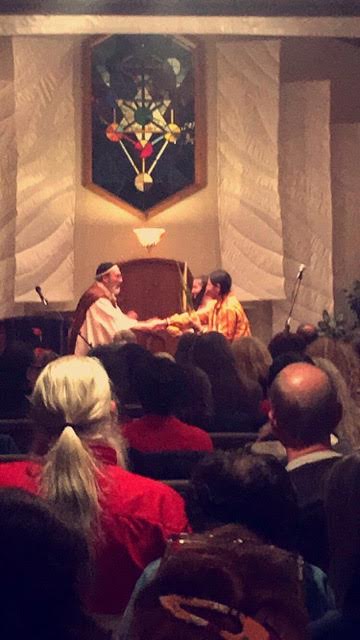